Posted on September 8, 2015 by Alisha Klapheke

currently playing on my laptop: The Way It Will Be by Gillian Welch

Our ancestors were not always freezing their important bits off as some of us may imagine. They were actually rather clever.

Nomadic, semi-nomadic, and occasional trip-taking peoples did not move from place to place, starting a fire from scratch every time. They knew how awful it was to get that thing going. All the rubbing and twisting and striking and blowing. No, they kept a low-burning fire in (usually) a clay container called a firepot. 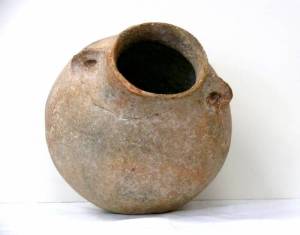 Using this baby fire, they created larger versions for cooking, warmth, and so on. En route, they held the firepot under an outer piece of clothing. Sometimes they set it by their feet when working at the loom or doing other duties that kept them away from the main fire of the household.

Around 1300 B.C., a king in Turkey heated the floors of his castle with an early form of radiant panel heating that the Romans improved upon. The Romans heated their villas and baths using what is called a hypocaust. Tile pillars the floors and allowed heat from fires to flow underfoot. 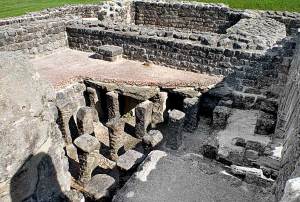 Ancient peoples in Korea developed yet another hot way to keep things less smoky and much warmer. It is called the ondol or gueduel system. You’ll have to look further into each of these systems as I’m giving you just a taste or a jumping off point here, but basically the house had a cooking fire at one end, a room with a raised masonry floor beside it under which the smoke and heat flowed, and then an outlet for said smoke. Looks a bit like a chimney laid on its side with a room built on top. Pretty great.

Writers, when you pen your next fantasy, consider how your people handle cold weather challenges. Do they use something similar to the above? Do they invent something new? Readers love details like this in stories as long as you don’t get too long-winded with it. Oh. That was almost a horrible pun. Ignore that. Carry on.

3 Responses to Keeping It Hot: Firepots, Hypocausts, and Flames Underfoot