Posted on September 14, 2012 by Alisha Klapheke

currently playing on my iPod: U.N.I. by Ed Sheeran

Granted, if you dig beneath most parking lots in my hometown of Franklin, Tennessee, you might find some really cool Civil War stuff.

But if you dig beneath a certain car park (that’s UK for parking lot, y’all) in Leicester, England, you might find a KING.

A team of archeologists hope they did just that. They’ve been nosing around a buried Franciscan friary, searching for the body of Richard III, the last of the Plantagenet powerhouse.

Bet he never thought he’d be forgotten underneath a bevy of smoke-spewing metal creatures.

The guy was supposedly a hunchback. The skeleton the archeologists found has evidence of scoliosis, which isn’t the same as having a hunchback, but could be confused as such.

Experts say the DNA tests could come out in about 12 weeks and they’ll know more.

This is the kind of stuff that makes great fiction. Someone use this for their next novel! 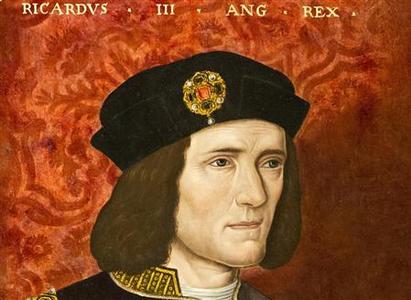 This entry was posted in Uncategorized and tagged history, inspiration, Richard III. Bookmark the permalink.